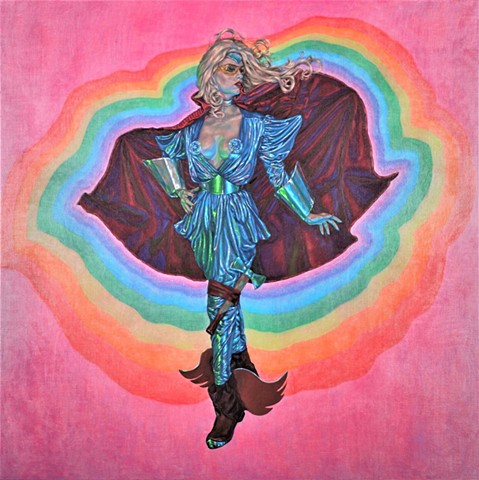 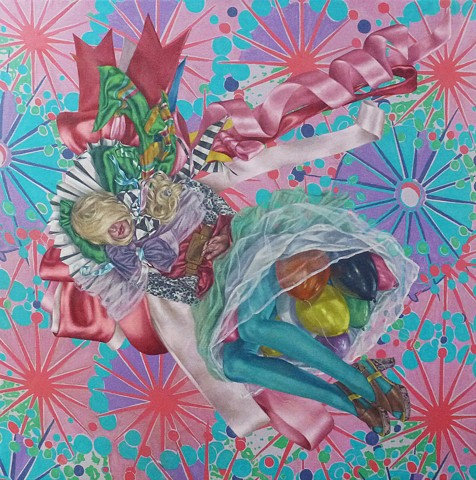 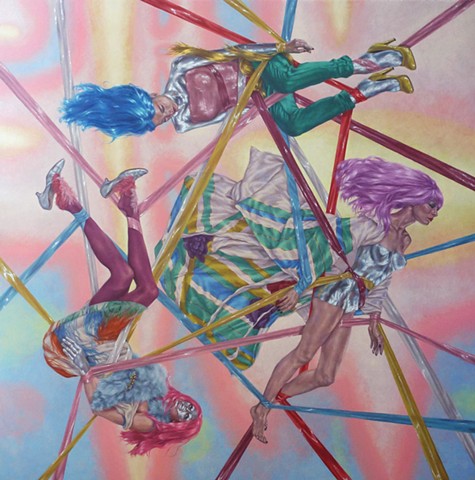 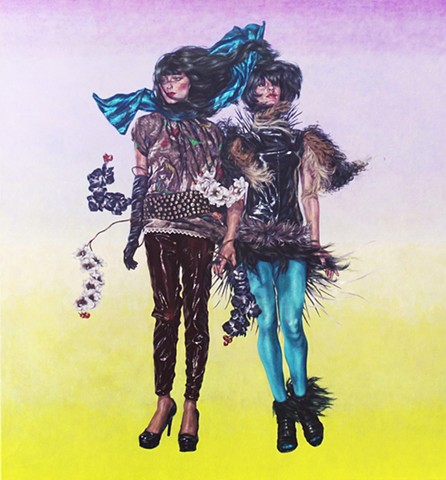 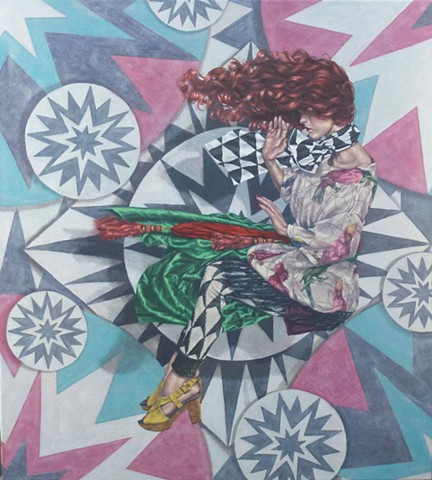 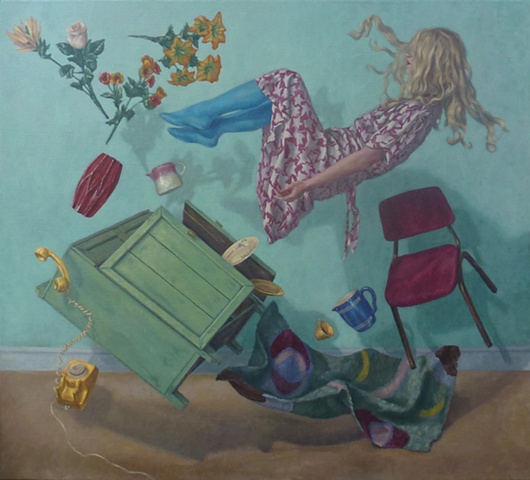 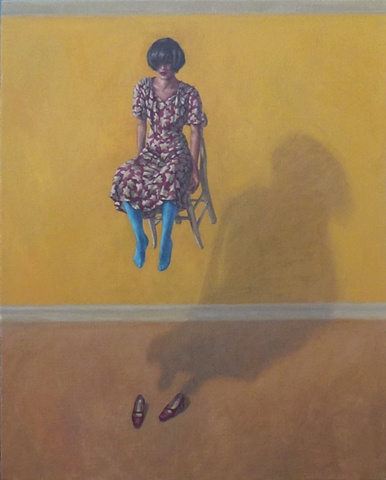 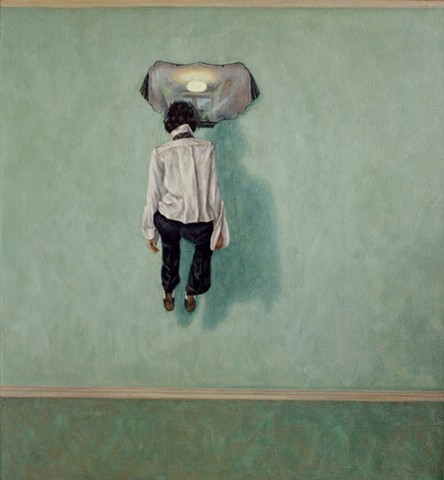 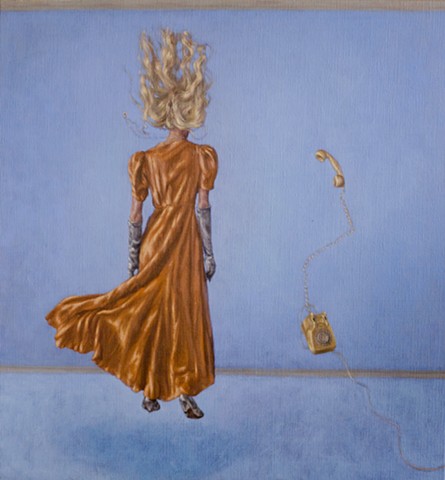 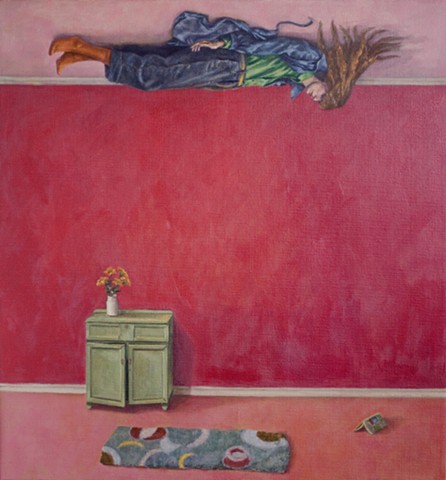 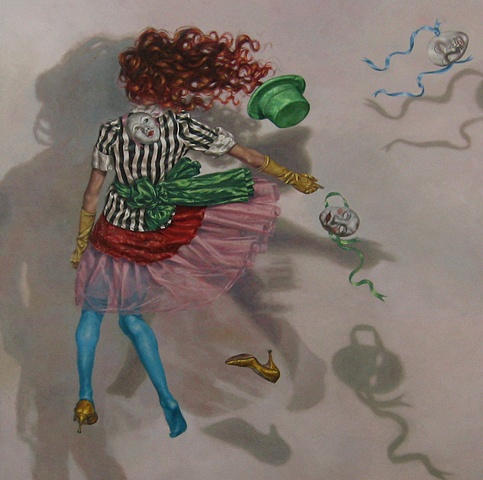 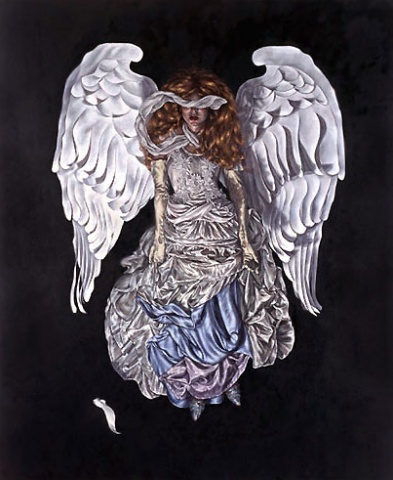 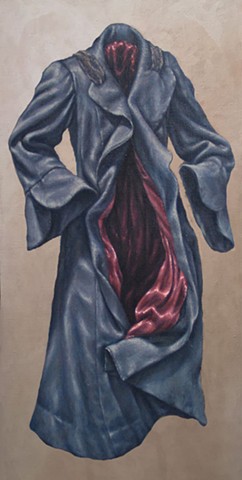 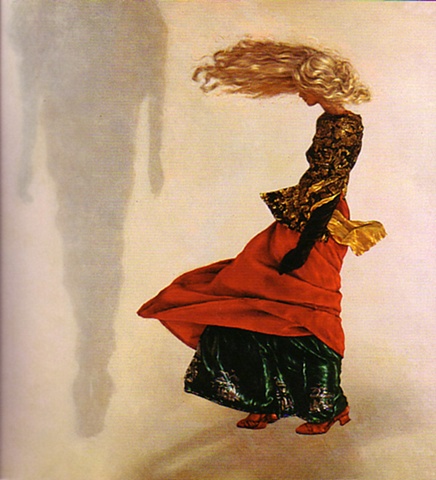 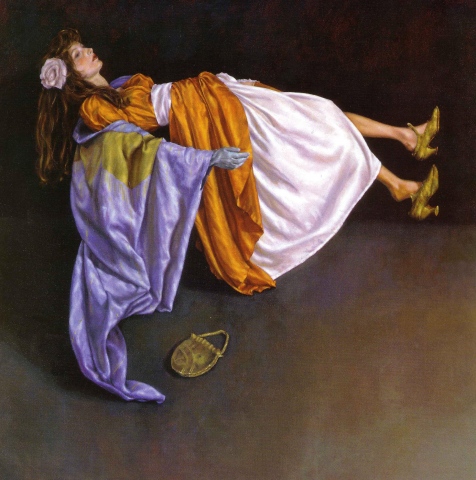 "More a developing long term investigation than anything as linear as a series, these are works in which I'm drawn to explore the endless possibilities which can be exploited within a seemingly simple visual premise: figures suspended in space, their location an unknown. These figures are poised somewhere between stasis and movement, motionless yet inexorably pulled by an unseen force. While there are various metaphorical ideas which could be drawn from these images, they are by design intended to be open yet opaque & potentially disquieting to the viewer. In making such paintings I am as concerned with the pictorial tensions of shape, form and content as I am with any definable, coded meaning. These pictures are concerned with the interplay between texture and colour as much as with allusion. They unapologetically seek to be seductive and beautiful, and, as with much of my work, have a consciously emblematic, theatrical feel. In making such work I'm increasingly looking to a range of artists, designers and performers for inspiration, in particular those who forge tantilising links between those materials we find enticing and erotic and those which might be considered uncanny or even abject: creators such as Meret Oppenheim, Vivienne Westwood, Alexander McQueen, Leigh Bowery & Peaches."

from a recent interview for the Winter Pride Awards