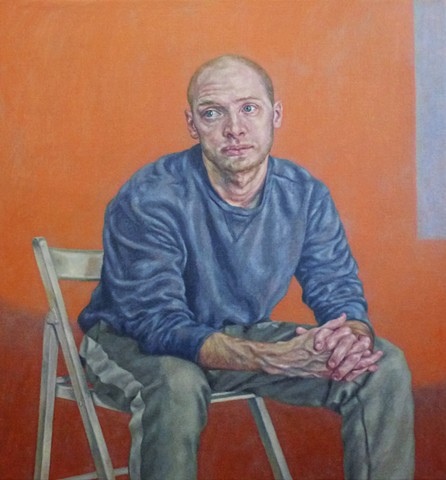 Mark Weinman, the subject of this portrait, appears both as himself, an actor performing the role of Luke for the artist Roxana Halls and simultaneously as his character Luke, sitting for the fictitious artist John, the unseen painter at the center of the play.